A Video Editor is tasked with taking the raw footage shot by a film crew and director and turning it into the final product. This means following an outline, script, or shot list and assembling the footage into one cohesive video or film. Often in video and film work, there are many camera angles and takes recorded.

We are a team of professionals in video editing, Dubbing, and post-production services with complete unique outputs with excellent quality.

Type: Video Editing
Target language:
Scope of this kwork: 3 minutes
Expand Hide
Order for $240Order for $240
Order for $240
Money-back Guarantee
Your money is returned instantly if something goes wrong. How does this work? 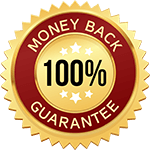